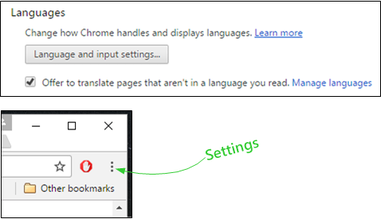 If resonant human minds act as a battery for an ITC bridge, then communication and involvement among members determine the power level of the battery.

If facilitators can be “of one mind” and foster that oneness of mind throughout the membership, the ITC bridge will be easier for our spirit friends to work with.

Without resonance, leadership can default quickly to management by personalities and egos, and then fears, doubts, and mistrust can start to suck the life energy out of any group.

Lots of us enjoy stories about a future in which the unruly masses are brainwashed or bullied or barbituated into submission… until a few rebels escape or prevail in their efforts to restore our “humanity”… 1984, 2081, Brave New World, Equals, Equilibrium, Inhabited Island, Maze Runner, Metropolis, Scanner Darkly, Star Wars, THX 1138… to name a few.

These dystopian books and films are about utopian dreams gone awry. Leaders have (presumably) noble intentions of improving or refining the human population for the sake of peace and order… taming the unruly masses… until those leaders, driven by their egos, become brutal repressers and abusers. The rebels, then, tap in to their own latent savagery (carnal desire, fear, anger, vengeance…) to escape or defeat the artificial order… and we’re back to square one: an uneasy, noble-savage equilibrium.

An ITC group can avoid that dystopian mess by fostering communication and involvement, and facilitators can lead the way, as I’ll explain in a moment.

Probably the best place to look for real-life examples of communication and involvement, for better or worse, is in the big multinational corporations.

​(Bear in mind, though, that success in business is usually measured in money, not in corporate culture, so to make an ITC comparison we have to look at the contentment of the employees, not of the shareholders.)

There’s such a variety of companies in the world that it can be like comparing apples and oranges… or in the case of corporate cultures, Apple’s and Google’s.

Apple and Google both enjoy massive success (in terms of profit) but are very different in terms of corporate culture and employee happiness.

Despite great health benefits and on-site “beer bashes,” the high-stress working environment at Apple has drawn more complaints than compliments. The Apple corporate workplace has a reputation as oppressive, disrespectful, secretive, sexist, and generally toxic, where men joke about rape and women’s complaints of harassment are ignored. Apple seems to be a good place for bright, competitive men, but maybe not so pleasant for people looking for a friendly, trusting workplace.

Many big companies today have similar reputations of being sexist and/or toxic in their corporate cultures.

Google, on the other hand, incorporated the slogan Don’t Be Evil into its prospectus (alluding, perhaps, to some of its competitors) and developed a code of conduct to discourage conflicts of interest and favoritism. Over the years Google built an enriching corporate culture of subsidized massages, afternoon volleyball breaks, bowling alleys, basketball courts, free chef-prepared food, and cut-rate haircuts. More important, Google has developed several innovative management tools and techniques that foster communication and involvement throughout the company. They include:
An enriching corporate culture like Google’s (fitness, massage, free snacks, etc.) is becoming a part of several high-tech companies, such as Salesforce.com, Facebook, and NetApp.
​
More and more companies are coming up with clever ways to help employees feel important and get involved in the company:
Multiple Languages, Locations, and Cultures

Well, these are all companies based in the USA, where it’s taken for granted that everyone speaks the same language.

Successful ITC groups of the future will probably tend to be more like the European Union (EU), where residents have to contend with many languages and culture-personality differences. (Read more… ) Members of the same ITC network could come from many countries and speak many languages, as was the case with INIT.

So, let’s return to that US company Google for a moment. With its Google Maps, Google Translate, Android cell-phone operating system, and other tools, it could be said (arguably) that humanity has never had a more powerful and effective melding force than Google. (At least, no worldly force. God, or finer spirit, is the great unifier in all worlds, but that’s discussed elsewhere on this site…. )

The Google Chrome browser has a feature that automatically detects your preferred language(s) and offers to translate any foreign-language webpages and documents that appear on your browser screen.

To get there, just click on the three dots near the top right of the browser window, and select Settings, then Advanced Settings.

So we could probably learn a few things from the big companies about communication and involvement, and adapt their techniques for a worldwide research network of volunteer, part-time ITC researchers who collaborate on-line for the sake of harmony or resonance… the key words being:… or POWER.

Again, our goal is to develop a set of tools and techniques to sustain resonance or harmony by fostering communication and involvement among the members. Here are some ideas:
-- posted 2016 September 30, Mark Macy